Speaker Punjab Assembly Chaudhry Pervaiz Elahi on Thursday signed a million signatures online campaign to express solidarity with Kashmiris. Chairman Kashmir Committee Punja/ Provincial Law Minister Raja Basharat was also present. Deputy Speaker PA Sardar Dost Muhammad Mazari, Environment Minister Rizwan Ahmed and other members of the Assembly also signed the campaign on-line. Briefing on the occasion it was said that so far 165 thousand people have signed up online in this campaign. Ch. Perwaz Elahi said that it is an effective move that the federal government had included the provinces in support of Kashmiris. He added that the entire Pakistani nation and all political parties are united in support of the Kashmiri brothers. The Speaker directed all the members of the Provincial Assembly to express solidarity with the Kashmiris by signing on-line campaign without discrimination. Raja Basharat on the occasion said that Kashmir Committee Punjab would celebrate  Kashmir solidarity day on February 5 in full swing. He appealed that all the people of Punjab should sign up the online one million signatures campaign for solidarity with the Kashmiri brothers. Raja Bashart said that rallies and other events will be held on February 5 in support of Kashmiris across the province. 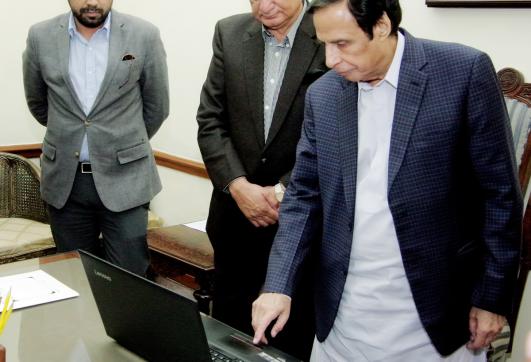